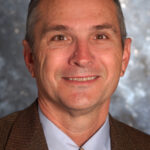 Joel Brown: Can markets solve environmental problems? Joel is a rangeland ecologist with the USDA Natural Resource Conservation Service.  He works at the Jornada Experimental Range, with an office on the NMSU campus when he’s not on the range as far afield as Mongolia.  He is an adjunct professor in Animal and Range Sciences and a collaborator on the Jornada Experimental Range Long-Term Ecological Research program. He holds an MS in Grazing Ecology and a PhD in Shrub Ecology from Texas A&M.  His research foci are rangeland ecology, application of state and transition models to rangelands, rangeland soil carbon dynamics, shrub invasion, grazing systems, effects of climate change on rangelands, and adoption of management practices on rangelands. 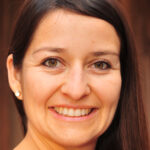 Micaela Cadena: The new state legislature.  Micaela is the newly elected State Representative  for District 33, here in Southern New Mexico. She is also currently the Research Director at Young Women United, working towards a New Mexico where girls, women and families can thrive.  Before that, she was the Bureau Chief of the New Mexico Corrections Department, Recidivism Reduction Bureau.  She holds a Masters of Community and Regional Planning from the University of New Mexico and a BA in International Studies from Trinity College. 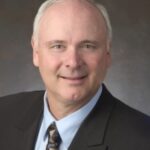 Clay Doyle: Your electric utility. Clay is Vice-President for Transmission and Distribution at the El Paso Electric Company that serves our area. In that position, Doyle oversees the transmission and distribution divisions, which include substations, transmission and distribution design, operations, construction and maintenance.  He is also responsible for all system operations in El Paso Electric’s service territory. Clay has been with El Paso Electric since 1992 and has served in diverse capacities.  He holds a Master of Science in Electrical Engineering degree as well as a Bachelor of Science in Electrical Engineering degree from New Mexico State University.  He is a registered professional engineer in New Mexico and holds certification as a Project Management Professional. 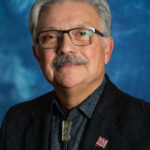 Rolando A. Flores: Agriculture: Key for America’s future.  Rolando is the Dean and Chief Administrative Officer in the College of Agricultural, Consumer and Environmental Sciences at New Mexico State University, Las Cruces, NM. He holds a doctorate in Grain Science and Industry with one specialization in international trade from Kansas State University and a master’s degree in agricultural engineering from Iowa State University. Flores is a Water for Food Daugherty Global Institute Faculty Global Fellow and an active member of the Institute of Food Technologists, the American Association of Cereal Chemist International and the American Society for Agricultural and Biological Engineers. 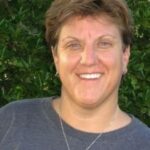 Carrie Hamblen: The benefits of Thinking Local. Carrie is the CEO of the Las Cruces Green Chamber of Commerce.  She had a long career at KRWG. While working for the radio station, she earned the first of two master’s degrees from the College of Arts and Sciences: a Master’s Degree in
Communication Studies in 1995. Her second graduate degree is a Master’s of Public Administration, awarded in 2014 from the Government Department. Carrie is originally from El Paso, Texas where she attended the University of Texas at El Paso, earning a Bachelor’s Degree in Broadcast Journalism in 1992. The Green Chamber focuses on creating support for local businesses and creating more awareness about sustainable communities.  Carrie had a pivotal role in creating the Organ Mountains/Desert Peaks National Monument.

J. Philip “Phil” King: Water, water.  Phil is a Professor and Associate Department Head in the Civil Engineering Departmentat New Mexico State University, where he has been on the faculty since 1990. His areas of specialty are water resources and agricultural engineering, as well as engineering management. His research focuses primarily on the water resources of the Rio Grande in New Mexico, Texas, Colorado, and the Republic of Mexico. He has also worked on STEM teaching, particularly for students with disabilities.  He is the Director of the New Mexico Alliance for Minority Participation (NMAMP), a statewide program funded by the National Science Foundation , the New Mexico Legislature, and NMSU, aiming to diversify our nation’s STEM workforce. 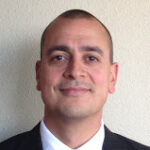 Francisco Laboy III, DO: Sports medicine and beyond.  Francisco is residency director at Mountain View Medical Center and a specialist in neuromuscularskeletal medicine. Osteopathic neuromusculoskeletal Medicine (ONMM) is a primary care specialty that focuses on the application of the osteopathic concept to patient care. It is also an interdisciplinary field that incorporates elements of general medicine, neurology, orthopedics, rheumatology, sports medicine and radiology. He has been in medical practice for 12 years; he moved to Las Cruces in 2015.

Mark Myers: Criminal investigations.  Mark spent over 26 years in Law Enforcement. He spent just over 20 years with the Las Cruces Police Department, with the majority of his tenure spent as a Detective. He primarily investigated violent crime against adults and children. As a Detective, he spent time doing collateral duties, which included being a member of the SWAT Team, a Firearms Instructor, and a member of the Officer Involved Shooting Task Force.  Mark also spent six years with the New Mexico Corrections Department, first as the Training Division Director and later being promoted to Deputy Cabinet Secretary/Chief of Staff.

Champa Sengupta-Gopalan: Genetic engineering. Champa was at the beginning of plant genetic engineering, on the first team to move a gene between species, tobacco to bean.  She is now a Distinguished Achievement Professor, Dept of Plant & Environmental Sciences and the Graduate Program in Molecular Biology.  Her PhD is in Botany from the Ohio State University.  She has held research positions in the US and Canada in both academia and industry.   She joined NMSU in 1985, where she has earned many awards for both teaching and research.  Champa genetically engineers plants for improvement in may important traits, which include more efficient and reduced use of nitrogen fertilizers, improved nutritional qualities, disease and pest resistance. She has published more than 100 research papers in peer-reviewed journals.

Luis Vasquez: Counseling at NMSU; shared table with Rolando Flores, Arciculture: Key to America’s future. Luis served as interim vice president for research from 2016-2018. From 2007-2011, he served as associate dean of NMSU’s Graduate School. From 2001-2007, he served as department head in Counseling and Educational Psychology in the College of Education. In 2006, Vázquez was selected as a Regents Professor. He is active participant in the Las Cruces Community though the Newman Center and is well known at the upper administrative levels of NMSU.  He holds a bachelor’s degree in Spanish from Illinois State University, a master’s in counseling and human development from the University of Iowa and a Ph.D. in counseling psychology, also from the University of Iowa.

Chen Yan: Chinese education in Las Cruces. Chen Yan has taught both Chinese and English around the world.  She is currently a language teacher and the China-side Director of Confucius Institute at New Mexico State University (2018-date).  She graduated from Lanzhou University, China in 1982. She was an English Instructor at Hebei Normal University, China, then an International Chinese Teacher in Maranatha Christian University, Bandung, Indonesia in 2004., in New Hampshire,  USA in 2008, and at Ricardo Palma University in Lima, Peru in 2011.